Hunnington Distillery make their products by hand with the best ingredients they can find, pure Tasmanian rainwater, organic botanicals where possible, local if available and grown on their own property, or those of friends and neighbours when they can. 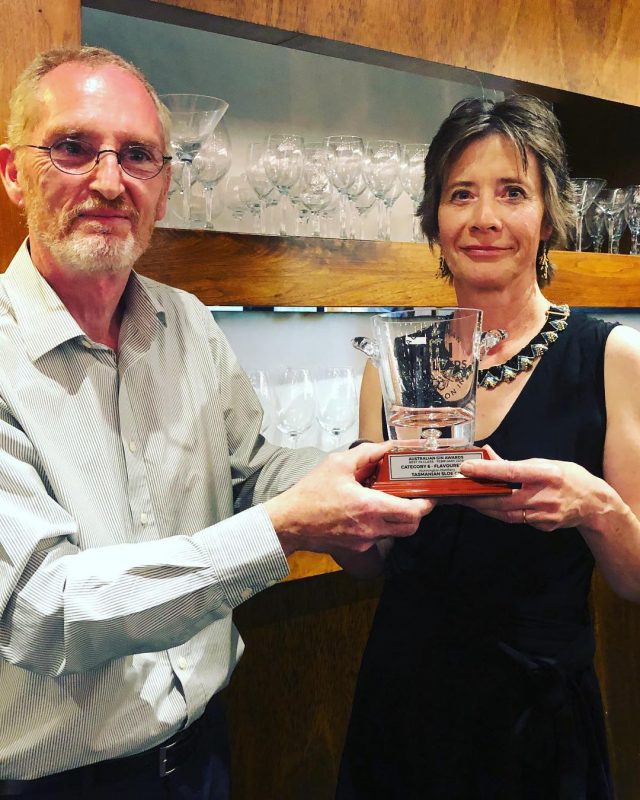 Hunnington Distillery use a Carter Head to make their gin. The Carter Head was invented in the 19th century as a way to rectify crude spirit but is now used to make a few select gins, the two most well known are Hendrick’s and Bombay Sapphire.

The Carter Head sits between the still and its condenser and contains a basket that holds the botanicals.

Hunnington put their double distilled and charcoal filtered vodka into their small still (Little Nell) and run the still very slowly. The vapour travels through the botanicals basket and comes out as around 75% abv gin. They then dilute it with rain water to produce our 40% abv final product. 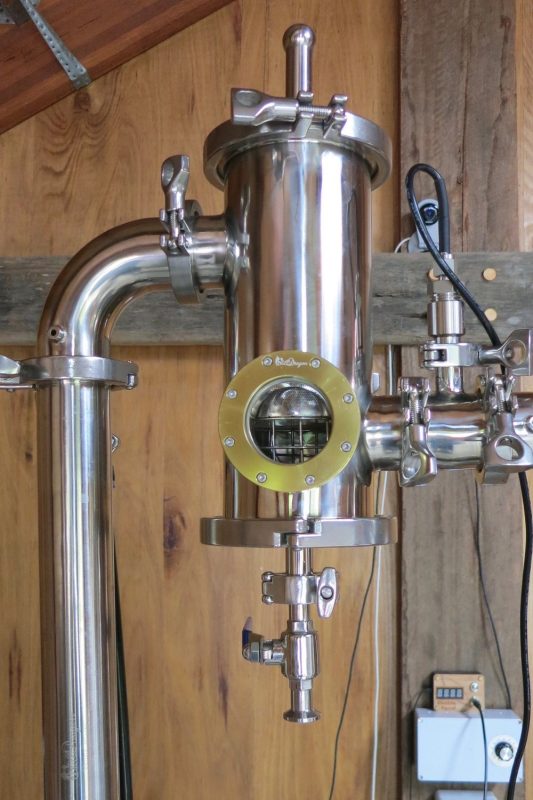 Hunnington Distillery have tried to get the best mix of organic and local ingredients they can for their gin. They use organic Hungarian Junipers. Hunnington Distillery grow their own coriander and use pepper berry leaves sourced from friends at Kettering and on Bruny Island.

Their lemons come from their own garden and the gardens of friends and family in Margate and South Hobart. Hunnington use the growing shoots of Oyster Bay Pine from their own property and the lavender they use is also local.

The other botanicals, unfortunately, are more exotic and have to come from further afield. The final list includes cassia bark, grapefruit, orange, angelica, orris and liquorice root, lemon myrtle, macadamia nuts and Almonds. (If they could manage to get more than a couple of almonds a year off their tree they would use their own – but those black cockatoos are just too damn determined.) 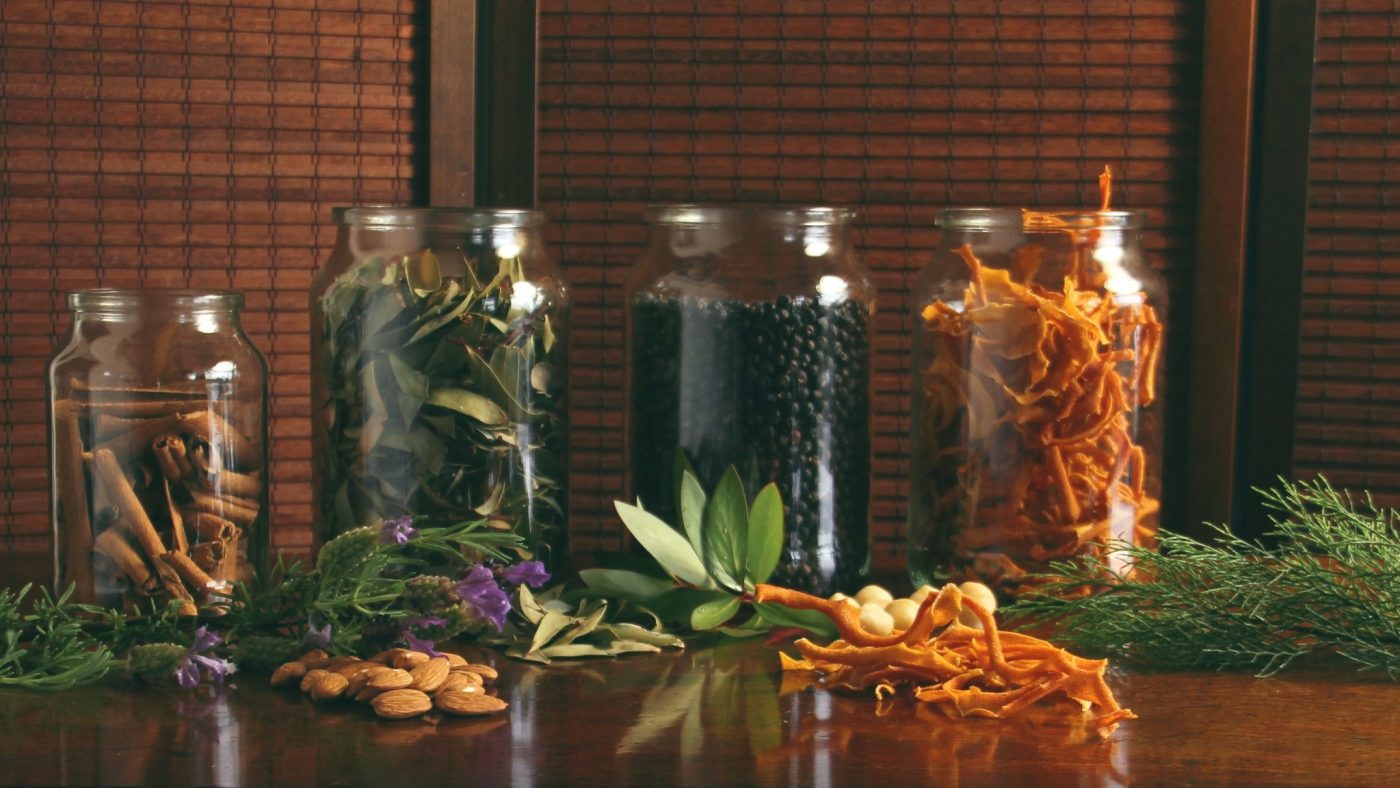 Hunnington Distillery chose the name of this local landmark for their spirits because their distillery looks out on Deadman’s Point and they wanted to celebrate the history of their local area. Why was this beautiful promontory given such a sinister name?

Back on the 5th May 1900 four men of the Kettering Auxiliary Corp, with Sergeant Edwards in charge, walked down to the Trial Bay Rifle Range. When they got there they discovered that they didn’t have a competent marker with them – the person who marks the targets and indicates the value and position of each shot for the shooters.

The sergeant, not wanting to waste anyones time, drilled the men and then dismissed them. One of the men decided they would have a shot at a stake on the beach and Private Lord asked if he could do the same. Sergeant Edwards agreed that he could. Private Lord, lined up his Martini Henry Rifle with the stake. It was about two hundred yards away, not an impossible shot. 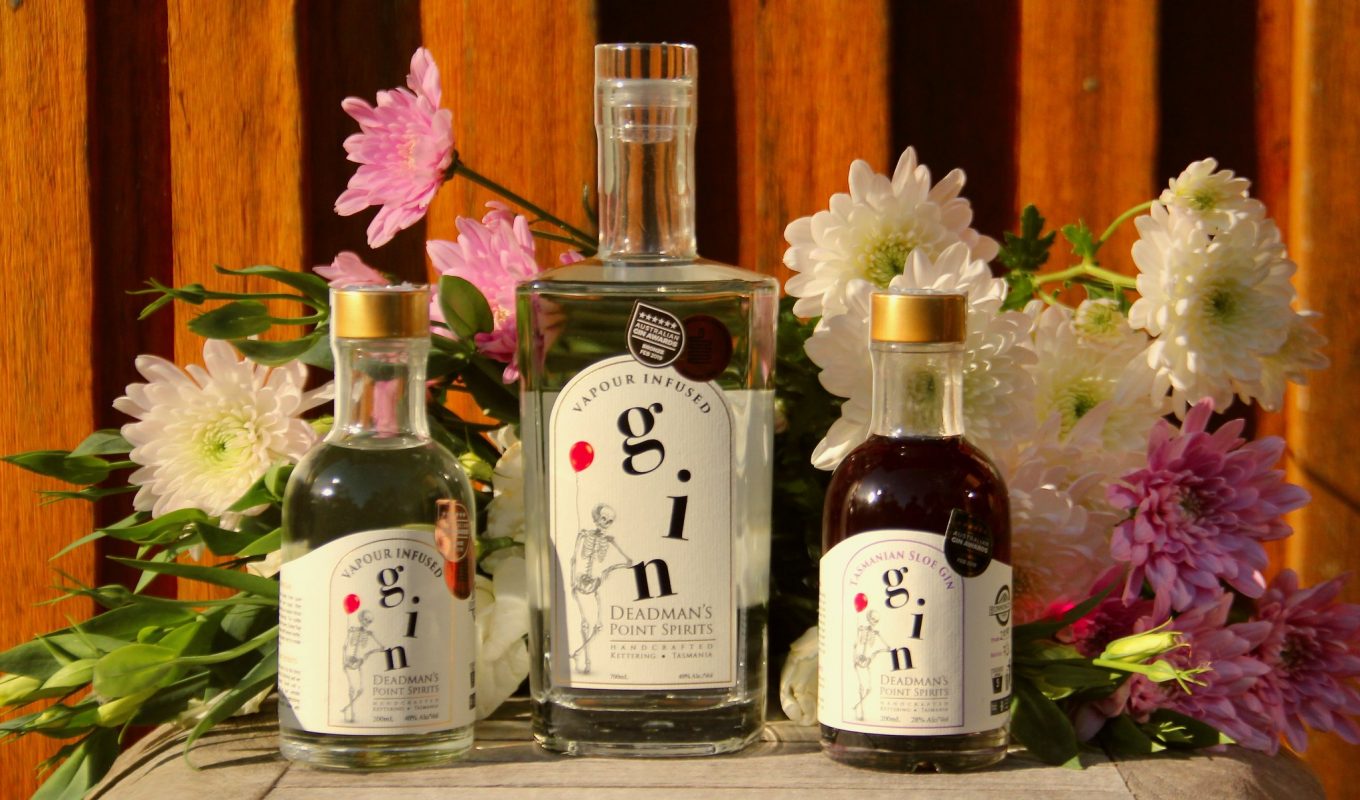 Allan Coombs, meanwhile, had been out doing some shooting of his own in Little Peppermint Bay and was on his way home to Kettering. He had decided to walk around the point to Trial Bay. As he reached the end of the point he heard a bugle call. He looked around but couldn’t see any sign of anyone using the rifle range. He stepped towards the beach, walked about five metres, and was suddenly lying on his back with an excruciating pain in his left side. He called out, struggled to his feet and staggered the last few metres down to the beach.

The men of the Kettering Auxiliary Corp heard the shout. They looked at each other in shocked disbelief and three of them started to run along the beach to where they had heard the cry. Allan Coombs, blood soaked and in obvious agony, stumbled onto the beach into their arms. Allan was taken to his home in Kettering and the doctor was called. The bullet had pierced his left side, about seven inches below his nipple. On its way through his body it had clipped his lung , shattered some of his bones and finally, before exiting, damaged the muscles of his back. But Allan didn’t die, at least not from being shot. In fact, he took the Tasmanian Government to court, suing them for £1500 damages. Unfortunately for Allan he lost the case. 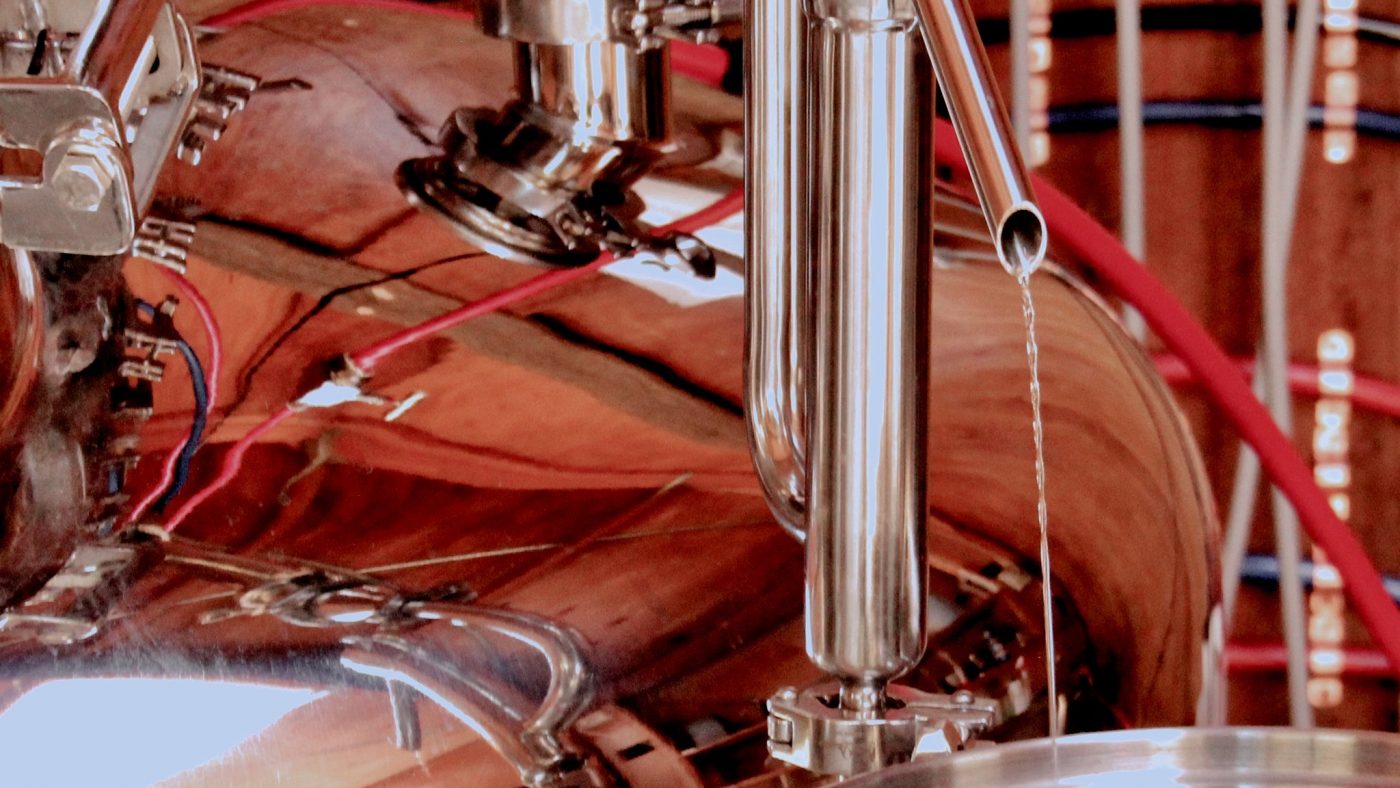 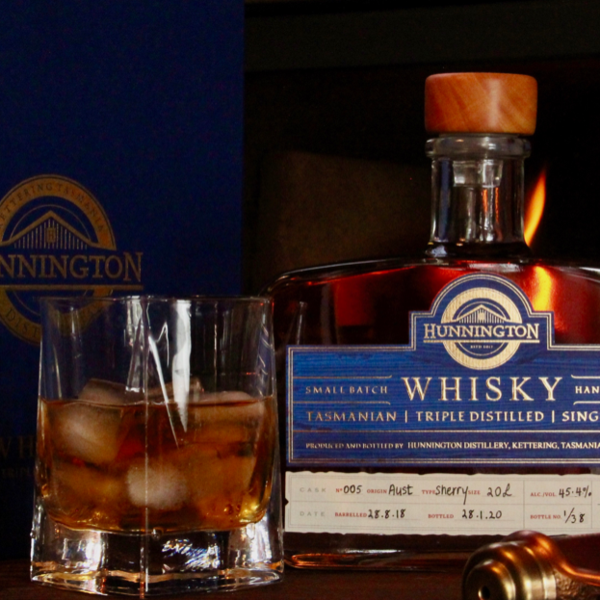 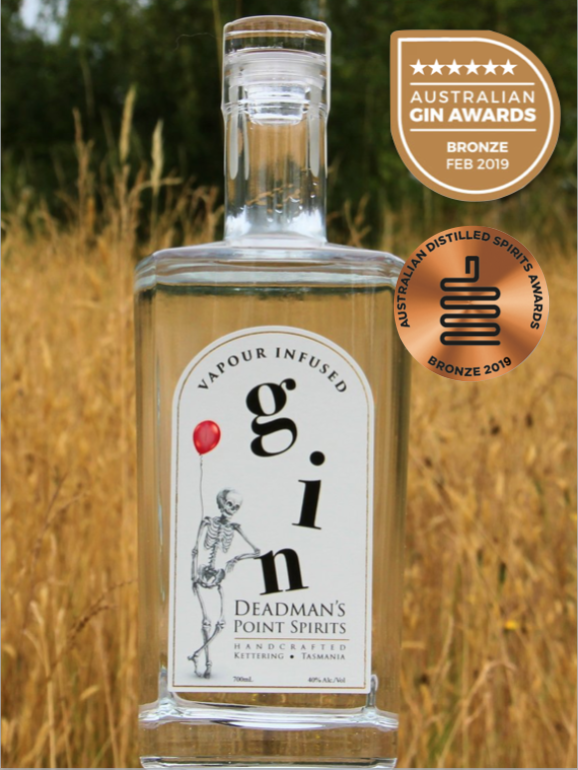 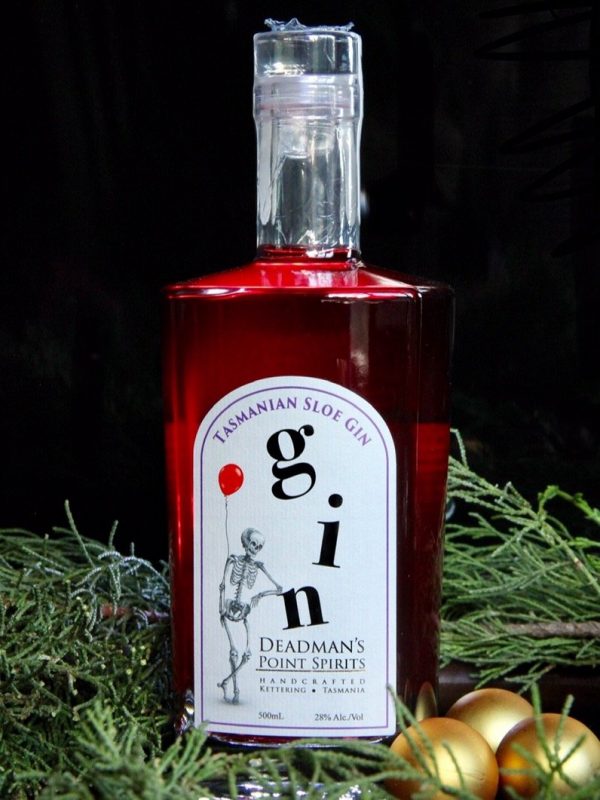 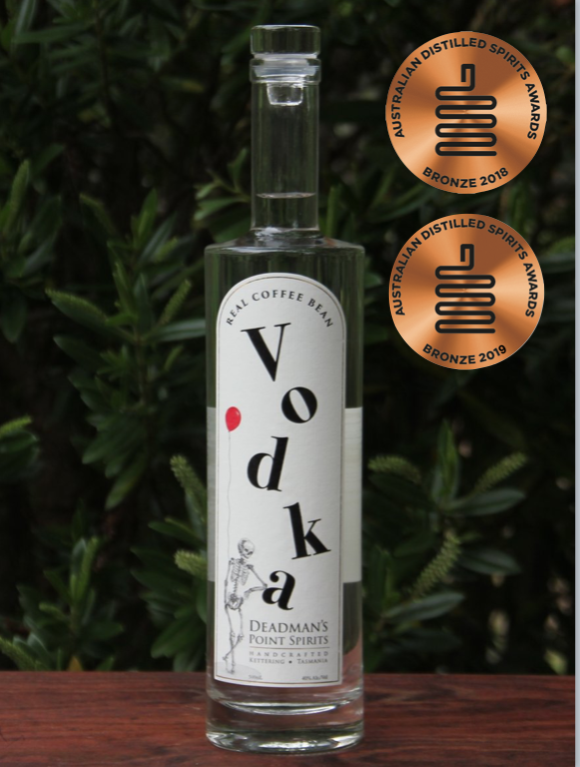 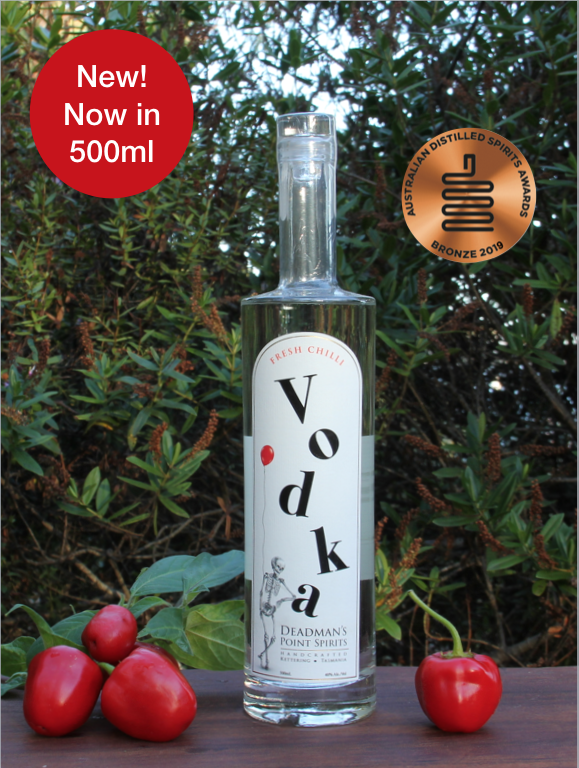